Rediscover you, reconnect to your values, rules and inner freedom
and find your powerful alignment again.

You know all the secrets.

You know what to do. Or better what you think you should, could, and ought to do, think and feel to get to the next level, to become more successful, to get what you really want, to achieve what you dream of.

And yet. Something is off. You feel stuck.

They are part of the journey, of the highs and lows, the good and the bad.

We all are questioning ourselves and our dreams from time to time.
We all are doubting our worth. We are comparing our life and accomplishments with all of those successful people who seem to have it all, feeling like we’re the only one who won’t make it or get it. The money, the looks, the friends, the relationships, the connections, the confidence, the success, the recognition, the impact, the adventure, the freedom, the stability, the results, the enlightment, the inner peace, the serenity…

And even though we’re trying not to judge, critizise or blame ourselves it’s hard for us to stay connected to the mindset of  power, certainty, inner stability and “go get it”.

If you knew what the next right thing would be for you, what would you do?

Maybe life has thrown you curveballs that put you off track, maybe things happened that needed to be taken care of first, like your health or other people’s needs,

but now it’s time to get on that horse again, take charge and pick up the pieces, move forward even when life isn’t perfect and there is always something going on.

Maybe you don’t feel ready or accomplished enough to pursue your dreams,

but now it’s time to commit yourself to you and stop doubting your worth and the value you bring, even when you don’t see how.

Maybe you lack clarity on the direction and steps to take or you worry about taking the wrong turn,

but now it’s time to find out what feels aligned, energizes and delights you for these are the sign posts of your path, even when they seem hidden.

I’m here to help you as your  coach, objective support & biggest fan, getting you understand and deliberately use your inner guidance, support and ressources you can freely move forward in the direction you always wanted.
You are not alone in this and I help you get through and over your inner and outer obstacles. 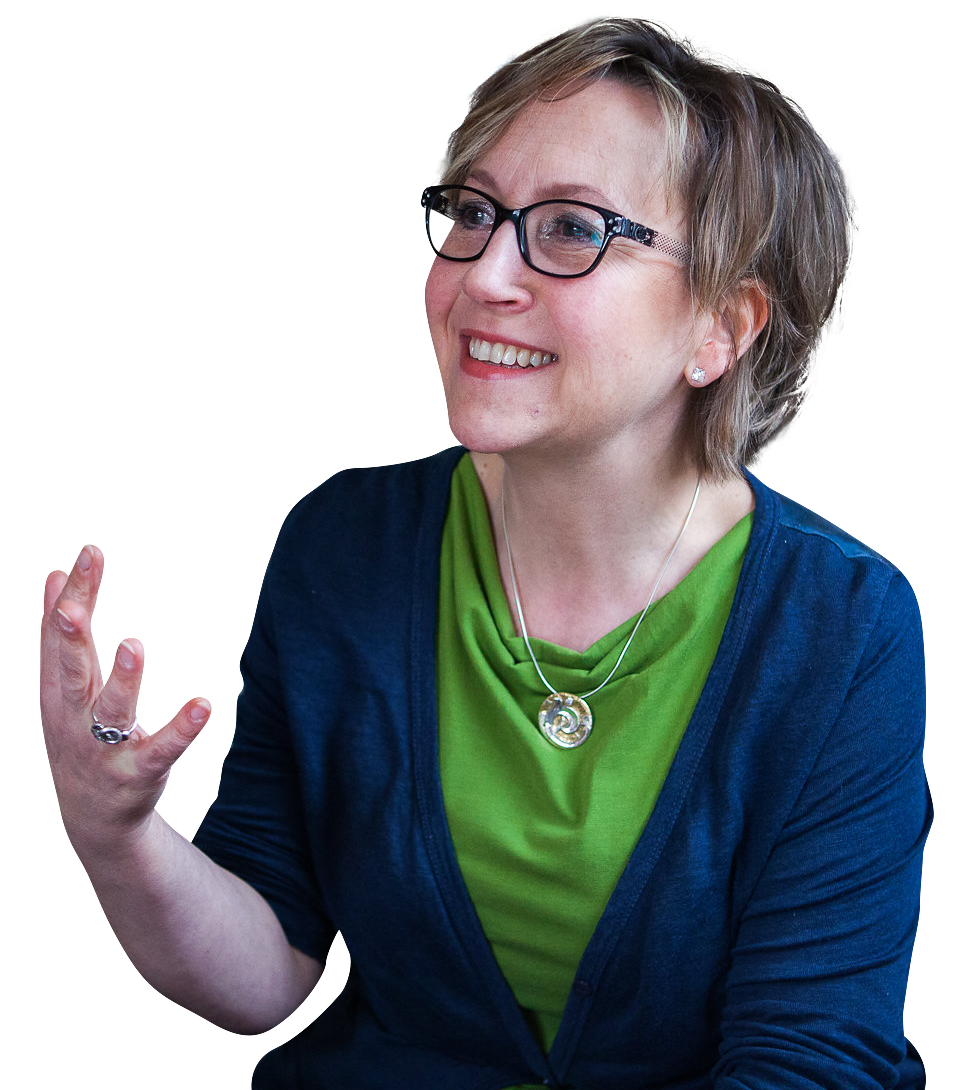 It’s time to take the next step on your journey, (re-)gain momentum, feel joyful & alive, confident & impactful, connected, acknowledged & seen, relaxed & safe again. To be able to say with pride and grace: Yes, that’s me! And to see yourself with loving eyes again.

is a 12-week 1:1 coaching for women who are ready to take the necessary steps on their heroine journey to rediscover and activate their true self with hands-on help, to integrate it into their everyday life and thus to be able to consciously draw on their strengths at any time.

With freedom, bliss, and grace.

The coaching is highly personalized and tailored to you to help you fulfill your dreams in alignment with your values, strengths, soul, and personality. It can be as first-class as you want it. We can include fire & silver retreat experiences, even have a spa day or keep it as basic as you want it. This is up to you.
We’ll work on 6 core elements together over 3 months starting with what feels most urgent and important to you:

5. Coming home to you

What is included in the coaching:

One visionary session of 90 minutes to see where you are coming from, where you are right now and where you want to go. We start to work on your dream life by envisioning everything that seems impossible to you now, and what it might take to create it and make your most burning desires come true. We’ll take a closer look at your current situation, your thresholds, and the blocks that keep you from taking action and reaching the next level.

Additional 8 in-depth coaching sessions of  90 minutes where you’ll get personalized (emotion) coaching on anything you’re bringing to the table. You get all my input, help, guidance, recommendations, and coaching tools to help you move forward, and we’ll focus on strengthening your resources and getting you unstuck in any area you feel lost or stressed (with practical tasks, EmTrace, body work, personal readings etc).

Guiding content to help you with the reflections and inner work for more clarity and insights +  individual hands-on tasks to create tangible results for you.

Personalized voice message support to help you with any question or struggle you might have, celebrate wins and reaching milestones, and above all holding you accountable!

There are  different options like to include a transformation workshop with fire & silver or other experiences which can be booked in addition.

What you get from the coaching:

Your investment for 12 weeks of exclusive coaching for your goals:

Online via Zoom or in my studio for coaching & design in Mannheim, Germany

We coordinate the dates individually with each other according to your wishes and my availability.

the next step to get your private coaching experience:

I believe in you and that I can help you to realign, to recharge, to fully embrace yourself from the inside out, feeling alive, freely enjoying your life on your terms, and up-level any area you want.

If this sounds like what you’re seeking, book your free 20 min discovery call right away so you can ask me anything about this offer and we’ll find out if it’s a “hell yes” from both of us. If it is, we then talk about your goals, wishes, the process, and anything you need to know and do before we get started on the journey to you.

About my coaching approach and how I work:

1. Why did you seek a coach and what challenges did you face?

Among others, I needed some clarity for my future life or maybe some kind of direction where the future could lead to.

2. Were you initially hesitant to seek out a coach? If yes/no, what were your reasons for doing so? How did this develop during the work?

I didn´t ever hesitate to be coached, e.g., with my former employer; in fact, I got some guidance from the Arbeitsagentur to take a coaching. Inspired by that I was looking for a kind of special coach who would not only teach all the standard items of business to me, but also would hopefully help me with the kind of chaos in my mind.

3. What outcome did you hope for? What results did you achieve for yourself with my help?

A fact-based answer here is challenging. Probably I got more than I expected, in areas I didn´t think about or at least where I thought I had clear answers – but that horizon got expanded now the help of Gisela.

4. What did you understand about yourself during the session(s)?  What did you learn in and through our sessions? What became possible because of it?

I learned a lot about myself which I wasn´t aware of before or not in that clearity. Didn´t know how strongly my own values lead me in my behaviour/ in my life and I learned that those values should have an even greater weighting in the future to allow me to be happier.

5. How did you feel during our sessions together as well as in-between and during the entire time frame?

Overall I felt pretty well. There were several ups and downs during the phases of coaching, caused not directly by Gisela but by the way she was asking questions pretty straight forward and by the answers I would give, resulting and some doubts and fears about myself. Also there was one exercise which I´d call a little more “psychedelic” – the result was good, but me as a mechanical engineer = fact-based character I didn´t like it too much and we didn´t repeat it ;o)

6. What did you like best about working with me?

Such a coaching can only work if you feel trust in the coach – and I think I felt trust in an early phase already, although I am a pretty sceptical character.

7. Would you recommend me to others, and if so, who (in general) do you think would benefit most from working with me?

I would definitely recommend you to others and did already. From my perspective it is hard to name specific groups of people; I think anybody who feels confused in her/his mind or needs some clarity in her or his life can get very good help from you.

8. Is there anything else you would like to add?

No additional comments. You have very strong skills about people and great abilities (e.g. empathy), which is of course caused by a long experience, but you do a very great job!

This website uses cookies to improve your experience while you navigate through the website. Out of these cookies, the cookies that are categorized as necessary are stored on your browser as they are essential for the working of basic functionalities of the website. We also use third-party cookies that help us analyze and understand how you use this website. These cookies will be stored in your browser only with your consent. You also have the option to opt-out of these cookies. But opting out of some of these cookies may have an effect on your browsing experience.
Necessary Always Enabled
Necessary cookies are absolutely essential for the website to function properly. This category only includes cookies that ensures basic functionalities and security features of the website. These cookies do not store any personal information.
Non-necessary
Any cookies that may not be particularly necessary for the website to function and is used specifically to collect user personal data via analytics, ads, other embedded contents are termed as non-necessary cookies. It is mandatory to procure user consent prior to running these cookies on your website.
SAVE & ACCEPT
Powered by DigiMember